The Who’s Who in the Data Center Industry 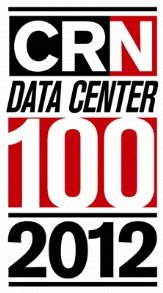 Yearly UMB Channel publishes the CRN Data Center 100 list in its January edition of CRN Magazine. The annual publication features the top 100 vendors responsible for powering data centers with cutting-edge technologies that increase data center operational efficiency, performance and ROI, while reducing energy consumption and cost. From cloud hosting services, to virtual data center solutions, to sustainability, to data backup tools, this list has representatives from all aspects of the industry.

Large or small, a data center requires a wide range of building blocks, brought together from a huge list of potential vendor options. And it is with this in mind that UMB Channel yearly selects its top 100 contenders.

“The 2012 Data Center 100 list recognizes vendors that, over the course of 2011, have shown a dedication to the innovation and advancement of today’s data center services,” said Kelley Damore, Vice President and Editorial Director for UBM Channel.

“The recent upsurge in cloud computing has solution providers searching for new ways to ensure their clients maintain connectivity while lowering costs and security threats. We congratulate each vendor on the 2012 Data Center 100 list for providing a significant growth opportunity for solution providers to build their business by offering cutting-edge products and services to customers.” 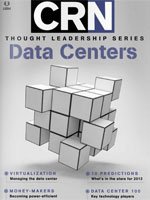 All 100 candidates included in the Data Center 100 bring their own solutions and innovations to the industry. Each uniquely sets themselves apart in their niche. However, there were 20 companies that popped out at me while I read through the list and I’m very happy to share that over half of them are our clients; so obviously, I wanted to share them with you.

Amazon has become a key alternative to purpose-built data centers by making it relatively easy for companies to move their businesses to the cloud via its Amazon Web Services, including Amazon EC2, Amazon S3, AmazonSimpleDB and more.

Aryaka provides scalable, reliable connectivity and visibility between enterprise locations while enabling acceleration of cloudbased applications hosted on public or private cloud infrastructures, with the WAN optimization intelligence in a secure cloud.

Cisco is the leading vendor of networking solutions, including for IP and storage networks in physical, virtual and cloud environments. It ties its server and networking technologies into a converged infrastructure called the Unified Computing System.

Dell is a major supplier of servers, storage and PCs to the data center and has expanded deeper into enterprise storage, professional services and networking. Dell also offers enterprise software through its Virtual Integrated System solutions.

Google has in the past couple of years moved into the data center with cloud-based e-mail, word processing, calendar and spreadsheet applications; cloud-based storage; the Chrome browser; and the Android mobile operating system.

Intel produces the microprocessors, chipsets, mainboards and network controllers that power the majority of servers and PCs in the data center, as well as key components used to build storage, networking, security and other products.

Microsoft is a critical part of nearly every data center with technology ranging from its ubiquitous Windows OSes installed on the majority of servers and PCs to its Hyper-V virtualization technology to its developer tools and software applications.

Oracle, a major database, middleware and application software provider, in 2011 sought to extend its data center presence with integrated hardware and software systems such as the Exadata database server and Exalogic Elastic Cloud server.

StillSecure helps control who connects to a network by making sure connected devices pose no danger and are compliant with security policies. Products include network access control software, intrusion detection and prevention, and more.